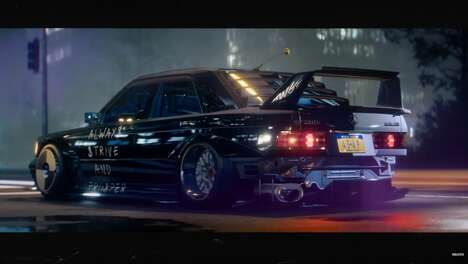 EA Games announced ‘NFS: Unbound,’ the first new iteration in the company’s Need for Speed franchise since 2019’s ‘Need for Speed Heat.’ While Heat took a realistic approach to its graphics and art style, Unbound has a more comic book, urban-inspired style with cartoonish animated characters placed in photorealistic environments. However, the unique aspect of the art style comes from the visual effects. When cars drift, use nitrous, traverse ramps, and use other abilities, the animations are done in the style of comics with fast-moving line art that adds an urban touch to the underground racing game.

NFSL Unbound releases on December 2nd, 2022, on all major consoles and on PC via Steam. The game retails for $69.99, but there is also a ‘Palace Edition’ for an additional $10. The trailer for the game features A$AP Rocky racing in a heavily modified Nissan 240SX.

November 23, 2022
We use cookies to ensure that we give you the best experience on our website. If you continue to use this site we will assume that you are happy with it.AcceptPrivacy Policy